OxyContin is a dying business in America.

With the nation in the grip of an opioid epidemic that has claimed more than 200,000 lives, the U.S. medical establishment is turning away from painkillers. Top health officials are discouraging primary care doctors from prescribing them for chronic pain, saying there is no proof they work long-term and substantial evidence they put patients at risk.

Prescriptions for OxyContin have fallen nearly 40% since 2010, meaning billions in lost revenue for its Connecticut manufacturer, Purdue Pharma.

So the company’s owners, the Sackler family, are pursuing a new strategy: Put the painkiller that set off the U.S. opioid crisis into medicine cabinets around the world.

A network of international companies owned by the family is moving rapidly into Latin America, Asia, the Middle East, Africa and other regions, and pushing for broad use of painkillers in places ill-prepared to deal with the ravages of opioid abuse and addiction. 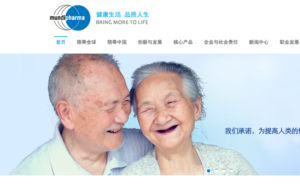 In this global drive, the companies, known as Mundipharma, are using some of the same controversial marketing practices that made OxyContin a pharmaceutical blockbuster in the U.S.

In Brazil, China and elsewhere, the companies are running training seminars where doctors are urged to overcome “opiophobia” and prescribe painkillers. They are sponsoring public awareness campaigns that encourage people to seek medical treatment for chronic pain. They are even offering patient discounts to make prescription opioids more affordable. 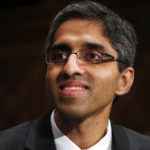 U.S. Surgeon General Vivek H. Murthy said he would advise his peers abroad “to be very careful” with opioid medications and to learn from American “missteps.”

“I would urge them to be very cautious about the marketing of these medications,” he said in an interview. “Now, in retrospect, we realize that for many the benefits did not outweigh the risks.”

Former U.S. Food and Drug Administration commissioner David A. Kessler has called the failure to recognize the dangers of painkillers one of the biggest mistakes in modern medicine. Speaking of Mundipharma’s push into foreign markets, he said, “It’s right out of the playbook of Big Tobacco. As the United States takes steps to limit sales here, the company goes abroad.”

Some Mundipharma representatives and promotional material have downplayed the risk that patients will become addicted to their opioid medications. Those claims recall the initial marketing of OxyContin in the U.S. in the late 1990s when Purdue deceived doctors about the drug’s addictiveness.

Purdue and three executives pleaded guilty in 2007 to federal charges of misbranding drugs and were ordered to pay $635 million. The Drug Enforcement Administration said in 2003 that the company’s “aggressive, excessive and inappropriate” marketing “very much exacerbated” abuse and criminal trafficking of OxyContin.

Purdue was a small New York City pharmaceutical firm when brothers Mortimer and Raymond Sackler, both psychiatrists, bought it in 1952. The spectacular success of OxyContin has generated nearly $35 billion in revenue over the last two decades and made the Sacklers one of the nation’s wealthiest families. Three generations of the family now help oversee Purdue and the Mundipharma associated foreign corporations.

Family members declined to be interviewed for this article, as did executives who run their international companies.

In a statement, Mundipharma International, which is based in Cambridge, England and responsible for European operations, said it was “mindful of the risk of abuse and misuse of opioids” and was “drawing on the experiences and insights of the US in tackling this issue.”

Mundipharma said those efforts include seeking regulatory approval in Europe for a formulation of OxyContin already sold in the U.S. that deters certain forms of abuse and introducing another opioid painkiller, Targin, with similar abuse-deterrent properties.

“Mundipharma is committed to developing prescription medicines for healthcare professionals to treat patients in pain safely and responsibly,” the statement said.

Promotional videos for Mundipharma, which feature smiling people of many ethnicities, suggest the companies regard OxyContin’s U.S. success as merely a beginning.

“We’re only just getting started,” the videos declare.